Edit
Welcome to the Fractale wiki! 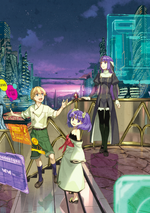 Fractale is an eleven-episode Japanese anime series. It is written and directed by Yutaka Yamamoto.

Fractale takes place on an island that seems similar to a futuristic Ireland. Humans live among doppels, robots who behave and serve as humans. The island is run by ancient technology called "fractale". The story centers around Clain, a teenage boy who saves a girl, Phyrne, on the run from a dangerous person. She disappears after being saved, and leaves behind a pendant necklace that is full of data. This pendant is activated, and turns into a doppel named Nessa. Nessa's data unlocks the key to "fractale". Clain's normal life goes awry when he's caught between the religious order who wants to save fractale and The Lost Millenium, a group who wants to destroy it. 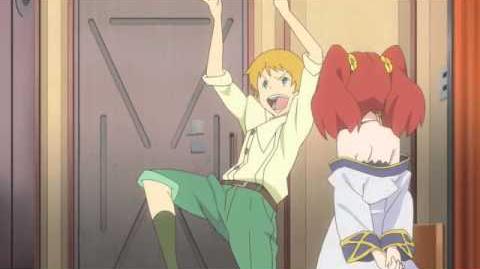 1/28
Community content is available under CC-BY-SA unless otherwise noted.
Advertisement